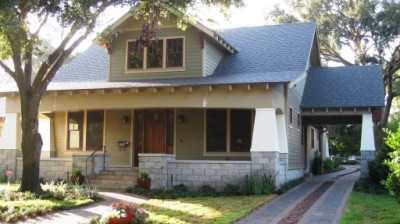 Craftsman architecture often included exposed rafters and beams, an abundant amount of stone and wood, and the use of porches and terraces to connect the interior and exterior of the home.

The style is currently growing in popularity again. Online blueprint seller Houseplans.com reported that the percentage of craftsman plans increased in the third quarter, growing to 25 percent, compared 19 percent a year ago.

Tim Gehman, director of design for Toll Architecture, a unit of Toll Brothers, says craftsman homes rarely appeared on the East Coast, but the style has “exploded” there over the past five years. The increased popularity of craftsman design is due, in part, to buyers’ desire for stone and woodwork, decorative rafters and beams, and built-in cabinetry, as well as an affinity for craftsman homes among celebrities.

A small niche of buyers still prefer traditional craftsman homes for the nostalgia, but experts say even the tradition lovers tend to be willing to update their bathrooms and kitchens. 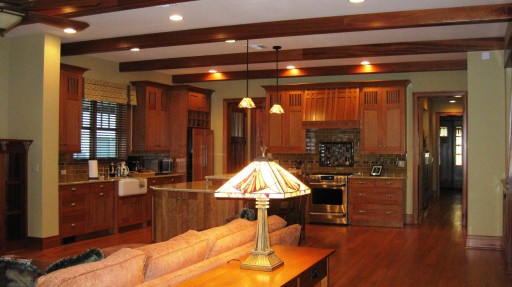