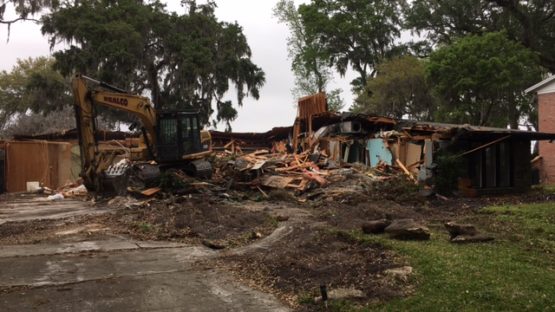 This past week Starr Custom Homes had the exciting opportunity to demolish an existing home as we continue planning for a new home.

Why it might be cheaper to get a jumbo loan

The spread between average rates for jumbo loans and government-backed conforming loans is the narrowest in five years – even with the recent rise in interest rates.

“Our jumbo and conforming rates are neck-and-neck, both on the fixed and the ARM,” said Cyndee Kendall, a Bank of the West senior vice president in the San Francisco Bay Area. “There’s next to no difference between the two.”

The average rate for a 30-year fixed-rate jumbo was 4.69 percent on Aug. 9, compared with 4.51 percent for a 30-year fixed-rate conforming loan, according to HSH.com, which tracks rate trends. Lender enthusiasm for jumbos has generated a 20 percent rise in origination volume just from the first to second quarter of 2013. And by year’s end, volume is expected to hit $220 billion, according to Inside Mortgage Finance, which covers the industry.

by Marcy Gordon, Associated Press WASHINGTON – July 19, 2013 – Average rates on U.S. fixed mortgages declined this week as concern waned in the financial markets over the Federal Reserve’s possible slowing of its bond purchases this year. Mortgage buyer Freddie Mac said Thursday the average on the 30-year loan slipped to 4.37 percent.…

Dreambuilder 15 is now on Houzz

Dreambuilder Custom Homes is expanding its presence on Houzz by posting select pictures of Dreambuilder 15. You can view the pictures on our Houzz profile page — and please follow us on Houzz for more updates. This is just another way Dreambuilder is taking advantage of the technology available today — both in marketing and in…

Dreambuilder is now active on Houzz

Dreambuilder Custom Homes has joined the Houzz community with our own Professional Profile, and to kick things off we uploaded pictures of our latest custom home, Dreambuilder 18. Houzz is a great tool that we use with all of our clients for ideas.  Professionals from all over the country upload pictures of their work.  We’re proud…